What is DAO? How does DAO work? 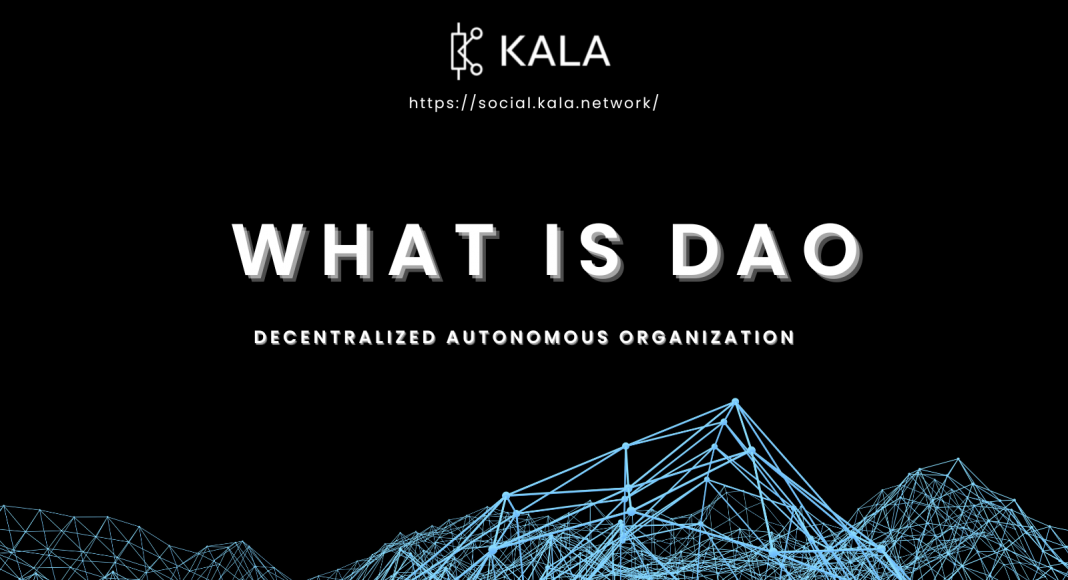 DAO stands for Decentralized Autonomous Organization. DAO is a type of organization that was designed to be automated and decentralized through the use of blockchain technology.

DAO can be created by anyone to raise funds, build community and work toward a common goal. The three main characteristics of DAO are

How does DAO work?

Generally speaking, there are three steps to creating and launching a DAO:

The rules of the DAO are established by a core team of community members through the use of smart contracts. These smart contracts lay out the foundational framework by which the DAO is to operate. They are highly visible, verifiable, and publicly auditable so any potential member can fully understand how the protocol is to function at every step.

After the first step, the next step is around funding: the DAO needs to figure out how to receive funding and how to bestow governance.

This is typically achieved through token issuance, by which the protocol sells tokens to raise funds and fill the DAO treasury. In return for their fiat, token holders are given certain voting rights, usually proportional to their holdings.

Once funding is complete, the next step is deployment.

The DAO’s code is then deployed onto the blockchain. From here on out, it can only be changed via collective voting by the stakeholders. The original developers no longer retain control of the project, it is entirely up to the community of token holders to decide.

Here are the categories that a DAO can fall into with examples. DAO category is defined by its structure, modus operandi, and technology.

5. Collector DAOs — Meant for NFTs and artists to support fractional or complete ownership of art and content. Example: Flamingo.

8. Media DAOs — More like a decentralized news aggregator that is transparent and works in the consumers’ common interest. Example: Mirror.

To recap, a Decentralized Autonomous Organization shifts the power from a select group of individuals to communities thanks to blockchain technology. The members make critical choices about the future of the DAO collectively based on preset rules given by smart contracts. All transactions and voting history are recorded on the blockchain; therefore, details of all proposals are readily available.

DAOs give us the opportunity to rethink given corporate structures and get an idea of where companies are heading for the next decades. It certainly has the potential to change the way corporate governance functions. Experts believe that as the concept matures, more and more organizations will adopt the principles of DAO and govern their activities.